While an alarm system or a guard dog 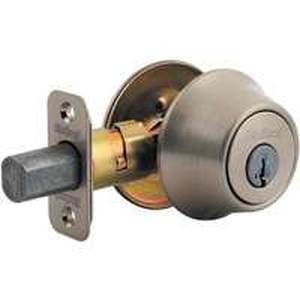 adds elements of security to the home, a

proper working deadbolt brings the most

security for any homeowner against

Intruders often force to gain entry in a

majority of home burglaries, and because

locks or deadbolts are not functioning

properly an intruder can easily get in,

There were 1.9 million burglaries in the

billion in property loss, according to FBI

statistics. A majority of these burglaries

were due to forced entry.

Everyone must see why it is important to protect yourself.

This is a great Video to show why we must never think it is ok to get rid of guns.

Millions of guns are in the hands of law abiding citizens.
Please covet and protect your 2nd Amendment RIGHT to bear arms.